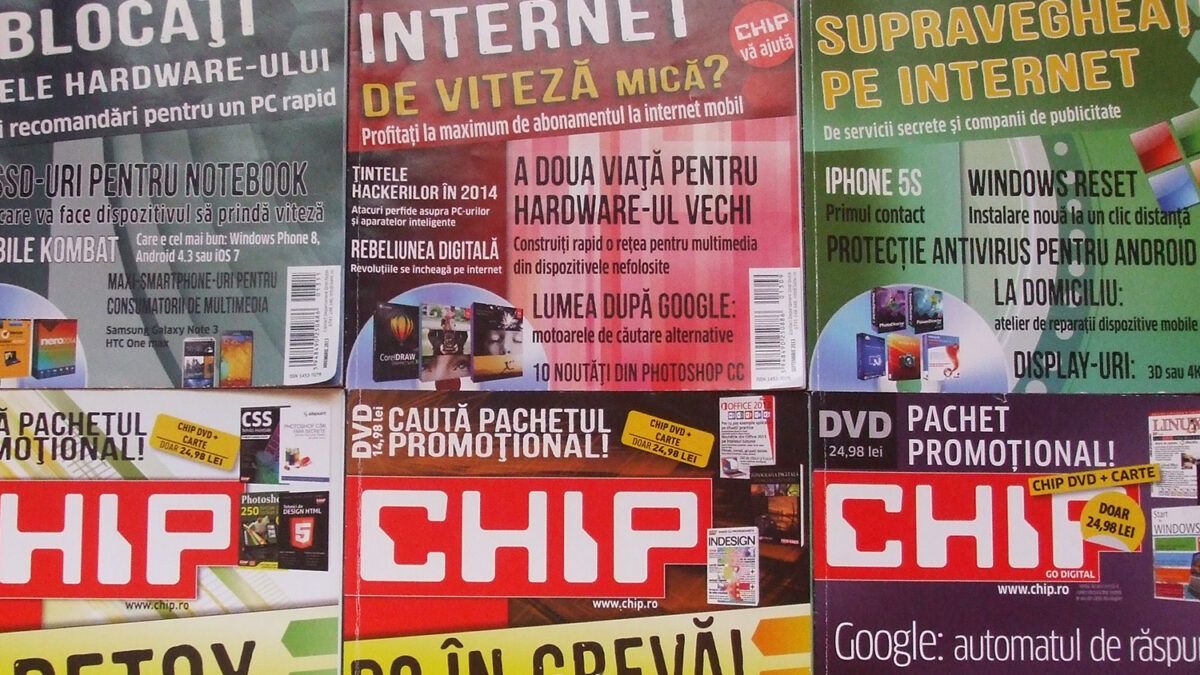 Although Romania is one of the largest producers of IT and programmers, the literature has almost completely disappeared. This was followed by a series of highly polarized mini-tech vlogs.

In the 90’s, a lot of tech and gaming magazines had appeared in Romania, which very quickly evolved into real specialized publications. Among the best made and longest-lived are XtremPC, PC Magazine, Chip, PC-Practical and Level (gaming). There were others that slowly faded within 10 years. In 2010 we were left with only Chip, PC-Practic and Level on the entire Romanian market and in 2013 they also disappeared.

There have also been attempts to return to the market. Chip magazine is now translated from German and published occasionally, but the difference in quality is palpable. Both in terms of content and translation. Level Magazine was reborn in Nivelul 2 for a while. Which made me really happy because I was a big fan. I even went out with the editor-in-chief (Kimo) for a beer in Brașov. After 7 issues, it was concluded with scamming the subscribers. They stopped delivering the magazines, stopped publishing and refused to return the money. Among the victims, I too, Kimo did not spare me either, although I was a strong supporter. They managed to anger the whole community on the model of the stupid bastard and the project ended.

The whole journalistic effort has moved digitally. Some have websites, others have YouTube channels. Although the transition represents the natural evolution of things, the quality level has dropped drastically. There are several websites that regularly publish quality reviews and news, such as Lab501, ZonaIT (with flaws) and Mobilissimo. And there are several YouTube channels that publish content adapted to current generations, but suffering from a major disease of current journalism, polarity.

ZonaIT is the best example, although the quality of videos and reviews is very good, the level of professionalism fluctuates. You can at any time observe the political, religious, philosophical affinity and so on. Once in a few videos, in a much more frequent pandemic, an excessively polarized one appears in which he expresses his opinion on … anything, without any tech connection, slamming those who don’t agree. An entire saga around the vaccine, going to the polls and other extremely ill-informed messes that have nothing to do with a tech channel. You do not agree? Do you mind the expression the right opinion? You are a tech Taliban and you are instructed not to watch them. Who said you should?

He splits his community too much and puts labels on those who bother to comment against it. I and other friends of mine tried to somehow change direction, because their political inserts, which dominate tech journalism at an international level, do not make sense. That their opinion should not be stuffed on anyone’s neck  who opens the video for the review in the title. And I say that because a lot of these comments are material inserts and not standalone videos. The answer was a 5-minute intro in which he declares disappointed and in which he instructs us not to look if we don’t like it.

The symptom is a general one. Even where there is potential, the American trend of fair and forced opinion is being followed. Trump is not ok and everyone needs to know. What does it matter that you are in Romania? And it’s not a local issue. In the states it is the same. PCGamer and PCWorld made numerous public political attacks in 2020. The much-loved algorithm remains to grow only those young people who have not known any other kind of journalism and whose perception of tech reviews is mutilated. For the rest, we get what we can from the outside. The lack of need to sell a product that arose from the disappearance of the print, no longer forces them to maintain a quality level. All you have to do is throw materials on the internet and make views. Whether it is good or bad, views need to be made.

Why is polarity a problem? Especially since the solution is … not to look or skip the section in question? In an age of disinterest and indifference it would not be a problem. But a journalist, on the basis of which material you make a purchase, must be objective and without affinities. Otherwise, it’s just a vlogger, a situation to which we are tending. Fortunately, the video reviews are still ok, at the moment and the website is doing well. In the case of the only print publication in Romania, the translated Chip magazine, there are incidents on the Facebook page in which it ironizes private posts regarding political events …

Literature is not very happy either

It hasn’t completely disappeared, but it has diminished a lot. I remained mostly with textbooks for different programming languages, the vast majority extremely old. They are good for laying the groundwork, but those that address clear cases are missing. I will explain immediately what I mean. The publishing house that published Chip magazine (the original version, not the current translations), frequently published books of a technical nature. They brought out a lot about web development through its languages. There were not only the basics as they are done in college, but there were real cases of advanced use. It explained to you what not to do, common mistakes, offered code sequences for advanced functions, and most importantly, they were updated and addressed the technology at the time of writing. They were punctual, and by reading them you could use the information in creating a final product. Which doesn’t really happen now.

Such material is valid for a maximum of 2 years from the date of writing (not publication). Yes, you can learn Java from a 10-year-old book, but you can’t learn how to make an Android application. For that you need something much more recent. Technology also evolves unless you teach the basics (which also do not remain 100% valid), as an author you must review the published material. That’s why we have beginner’s textbooks but we don’t have current practical publications.

As I said in the previous article, I wanted to read a book about promoting an online business and I ended up writing one. I’m not saying that there is nothing about the way a website should behave and look. I hardly found any older ones on Amazon. I was very pleased when I found out about the eCommerce no Bull$#!T book by Cosmin Dărăban, because it means that someone has thought about it before. Someone else writes on this subject. He was faster than me, publishing the book when I was still living with the impression that I needed a publishing house. I’ll be back with a review soon.

What else can you read today

In terms of hardware news and reviews, the Lab501 website remains the best. Then the IT Zone even video if you have the patience, Dan is charismatic when he does not mess it up, and Mobilissimo. MaximumPC, PCWorld and PCPro from abroad. In the gaming segment, Nivelul 2 still exists but very thin, more at the level of YouTube podcasts that have nothing of the original spirit.

As a Romanian specialized publication, ie programming, web design, branding, digital marketing, apart from rare publications, there is nothing. Very little and summary at the level of blogs, podcasts or any digital equivalent. Abroad, things are better, there are very interesting books for most of the above areas. Blogs and podcasts.

But for us, when will all those return? If they existed, would you read them? 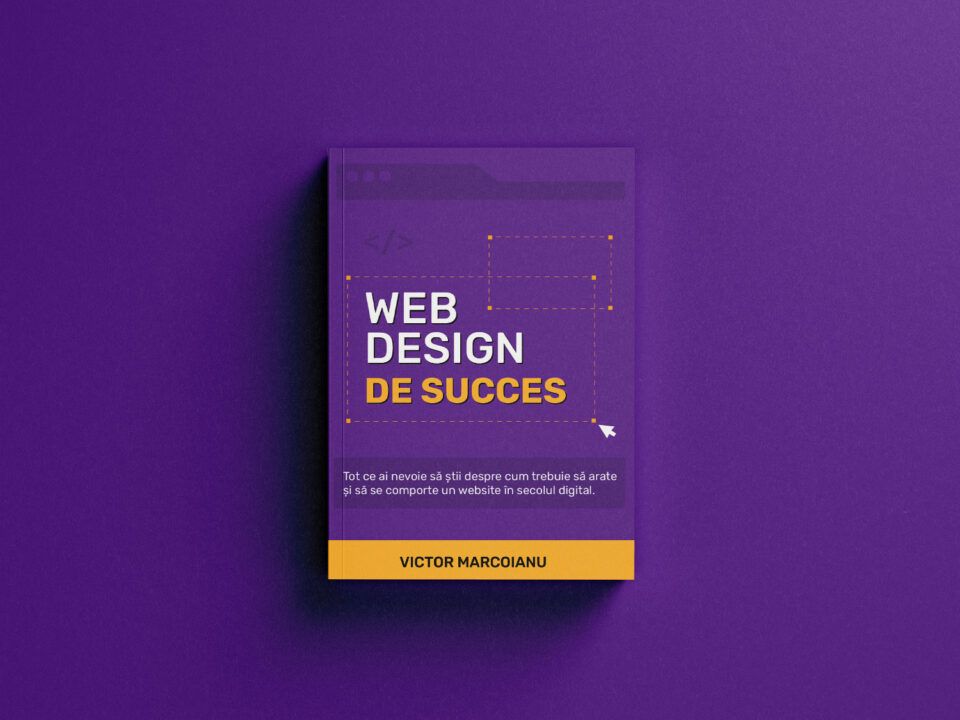 Web Design for Beginners: A New Book and a Course! 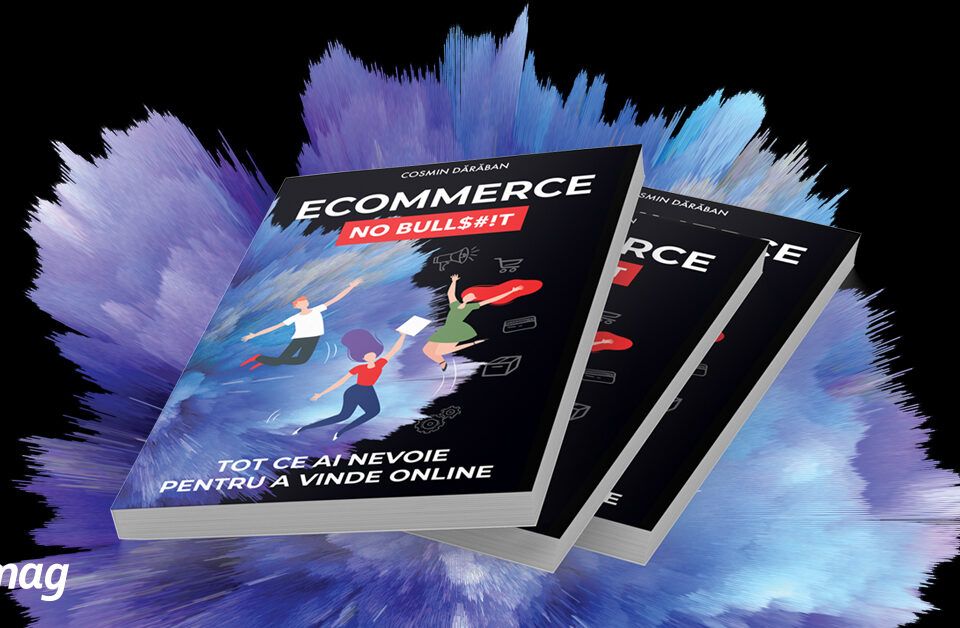 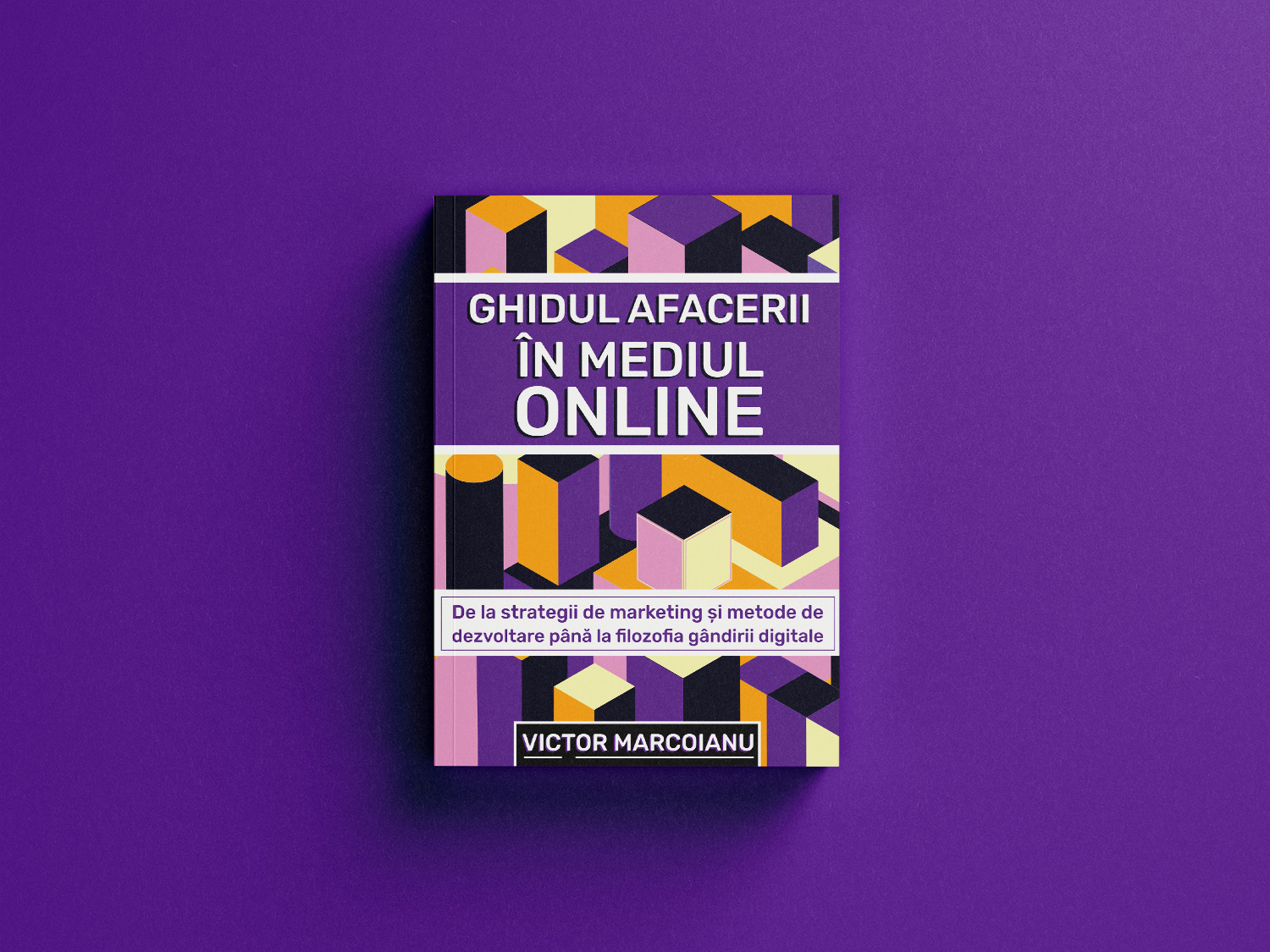